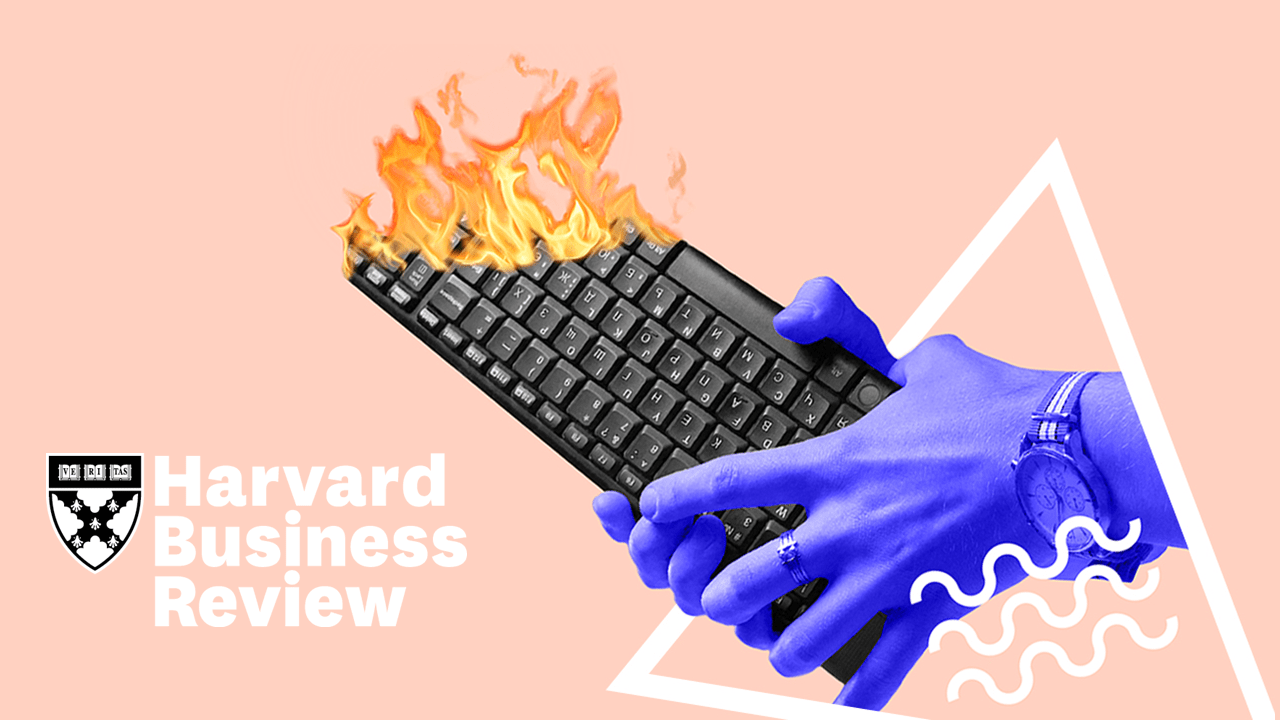 Blame Culture Is Toxic. Here’s How To Stop It.

Picture this: Your team is racing against time and working weekends to submit a new client proposal. You finally manage to put all the documents together, and just in the nick of time, you press “send.” You take a deep breath and thank the team for their hard work. The proposal looks great and you’re confident that you’ll probably win it.

A week later, you get an email from the client: “We really liked your bid. We would’ve love to go ahead with your company, but we found a mismatch in your numbers and the supporting documents. We’re pressed for time, so we’ve decided to move forward with someone else. I’m sure we’ll be able to work together in the future.”

You’re upset, frustrated, and angry. You call your team in, give them an earful about not checking the package correctly, and storm out of the room.

What kind of an impression did you leave? Your team probably thinks you’re thankless and unkind. They put a lot of work into that proposal and may even feel like they hate you in the moment. Your relationship may be irreversibly damaged.

A landmark study published in 2001 shows that the brain responds more strongly to bad experiences than good ones — and our memories retain them longer. The authors concluded that, “Good can only match or overcome bad by strength of numbers.”

How much good can overcome bad? Five positive experiences are about equal to one negative one. This five-to-one ratio, discovered by psychologist and relationship researcher John Gottman in the 1970s, still applies to our present-day workplace. A study published in 2005 measured employees’ moods at work and found that when they reported a negative event, it “affected their mood five times as much than if a positive event had occurred.”

No matter how nice you think you are, every unkind word or angry tone that escapes your lips undoes five times the amount of good your kind words and actions may have done.

What is to blame?

Gottman argues that the most destructive behaviors in relationships are criticism, contempt, defensiveness, and stonewalling. My work helping organizations create a stronger culture of accountability has led me to conclude that the most lethal behavior is actually blame. Blame encompasses the four behaviors listed above, and in my experience, it’s what we must tackle first.

There are two big challenges to overcoming blame:

Humans are wired to blame.

We are all naturally wired to blame other people or circumstances when things go wrong. These propensities are partially psychological, driven by something called the fundamental attribution bias. We tend to believe that what people do is a reflection of who they are, rather than considering there may be other factors (social or environmental) influencing their behavior.

This is why when major workplace disasters are reported in the news, “human error” is often the first, and sometimes only, explanation provided, ignoring the systemic factors that led to the failure. It also feels the most satisfying. If someone else is to blame for our problems, then they need to change — not us.

There is also a biological explanation for our inclination to blame. Recent brain imaging research out of Duke University shows that positive events are processed by the prefrontal cortex, which takes a while and tends to conclude that good things happen by fluke. Negative events, on the other hand, are processed by the amygdala, which controls our fight-or-flight response. The amygdala usually concludes that bad things happen on purpose, and it comes to this conclusion lightning fast. So fast, in fact, that we don’t even notice we’re making an assumption; we just know that the person closest to the problem must have done it on purpose!

We blame more than we think.

This leads to the second problem with blame — we don’t notice how often we do it. Even the best executives I work with confess that they initially thought my “don’t blame” message was important for their team members to hear, but not them. However, once they began tracking how often they blame other people or circumstances for problems, they were shocked at how frequently they caught themselves in the act.

This behavior unfortunately leads their teams down a negative spiral. Our brains interpret blame the same way they interpret a physical attack. When we’re blamed, our prefrontal cortices effectively shut down and direct all our energy to defending ourselves, which, ironically, sabotages our ability to solve the problem for which we are being blamed.

Blame also kills healthy, accountable behaviors. Nobody will take accountability for problems if they think they’ll be punished for doing so. Furthermore, learning and problem solving go out the window in workplaces that tolerate blame. Instead of learning from mistakes, blamed employees tend to hide their mistakes.

So what can we do?

Eliminate blame culture on your team.

Now that we better understand the psychology behind blame, here are two simple changes you can adopt to promote a blame-free culture on your team, especially as a manager.

Switch your mindset to “We’re all still learning,” and share your mistakes.

We all make mistakes from time to time. It’s what makes us human. No good comes from blaming and shaming each other for our imperfect nature. You benefited from learning from your mistakes, so allow others to do the same. Use problems and mistakes as teaching moments, not shaming moments. If you’re a manager, discuss your own mistakes and the lessons learned from them. Doing so creates a psychological safe space that will encourage others to follow suit. When a problem surfaces, teammates will be more likely to acknowledge their part in creating them and stop passing the buck.

For example, you could conduct regular lessons learned debriefs at the end of a project with your team to understand what went wrong, what it is attributed to, and how you will use that information to move forward with a stronger strategy. This is how you teach others to approach problems from a place of kindness and compassion. Remember that just one negative outburst can set you five steps back.

Focus on what you can change.

Before passing on the blame, consider a system’s approach to your problem — that means,  defining the problem taking into consideration the entire problem as a whole, not in parts. Weak leaders might ask “Who’s at fault?” but strong leaders, using a systems approach, would ask, “Where did the process break down?” The solutions to your organization’s problems are more likely to be found by examining what’s wrong with your systems than by examining what’s wrong with your employees.

Once my team member accidentally deleted a survey template. We didn’t have another copy saved, so my assistant and I felt frustrated and annoyed with this employee. Instead of blaming this person, we asked ourselves, “How did we contribute to the problem?” On putting our heads together, we realized that there were no safety protocols in place to protect templates and files. A simple solution was to create a folder to store copies of all our templates.

We may not cause all our own problems, but our past actions or inactions often contribute to the problems of our future, the ones that we are most likely to blame on others. Anytime you encounter a problem — even one you are certain was caused by someone else — ask yourself question: “How may I have contributed to this problem? How can I approach this situation, this person, and myself, with a generous mindset?” Asking these questions will give you ideas around how to prevent this problem from reoccurring, and how to discuss it in a way that promotes trust as opposed to fear or contempt.

Eliminating blame will improve employees’ morale and well-being and also promote kindness on your team (and who doesn’t want to work for a kind manager!). Help make your organization a place where compassion, trust, and therefore, people can thrive by putting these two strategies to practice.