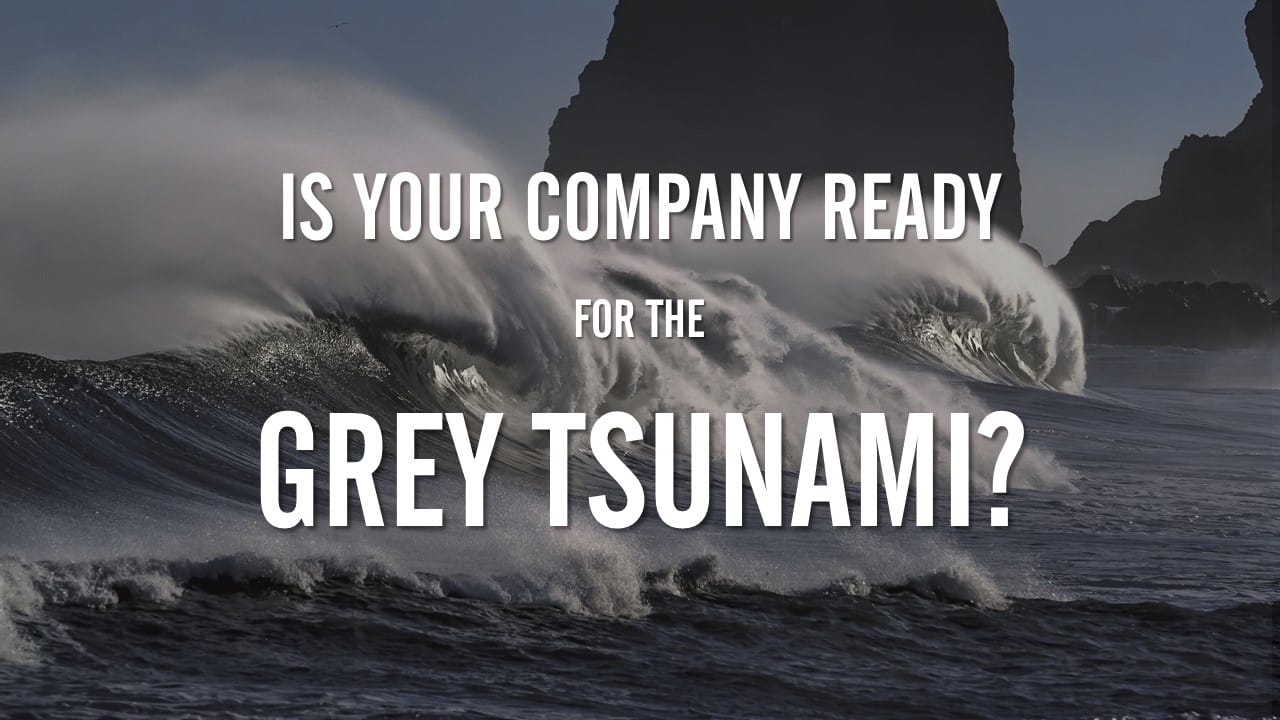 Is Your Company Ready for the Impending Grey Tsunami? 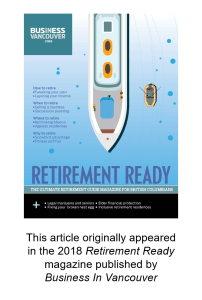 “The sky is falling!”  “The sky is falling!”  You know the story—Chicken Little gets hit on the head by an acorn, hemistakenly believes that the sky is falling, and then he runs around hysterically warning others of an impending disaster that never happens.  Likewise, for the last decade or more you may have also read media reports warning of the imminent mass exodus of the baby boomers from the Canadian workforce.  But disaster has not yet struck.

The fact, however, is that disaster is looming—it has just been delayed.  The great recession convinced many would-be retirees to put off retirement for another five or so years, but it has only delayed the inevitable.

Tsunami on the Horizon

The graph below shows what Canada’s age distribution looked like in 2002.  Notice the bulge in the 35 – 50 age category?  That’s the baby boomers.  Back in 2002, the baby boomers were miles away from retiring. Today, the picture is quite different.  The red line represents Canada’s age distribution in 2017.  You can see how the bulge has shifted to the 50 – 65 age category.  That’s how old most baby boomers are today.  Over on the far right side of the graph is a wall labeled “Average Age of Retirement.”  This is when most Canadians expect to retire. When you merge the 2002 demographics on the same graph with the 2017 demographics, the new graph shows a wave moving from left to right, crashing up against the wall of retirement, as shown below. You can see that the red line is already pushing through the average age of retirement—like a tsunami that is beginning to swell over the harbour walls.  Perhaps the most dangerous characteristic of a tsunami is that it doesn’t come all at once like a single wave crashing on a beach.  Tsunamis appear somewhat innocuous at first, with little indication of the massive disaster soon to follow.

The grey tsunami currently hitting the Canadian labour market may seem like a moderate swell of retirements now, but make no mistake, this is just the beginning.

You Can Do Something About It!

Like Chicken Little, some companies think there is nothing they can do about the tsunami of retiring baby boomers, and that the tsunami will affect all companies equally—but neither perspective is true.

Companies can insulate themselves from the effects of the retiring baby boomers by establishing an effective succession plan and actively developing their future leaders.  Those companies that don’t develop a plan to deal with the increase in retirements will be fighting the war for talent for the next fifteen years against the other organizations that also failed to plan.

A minority of companies are preparing and implementing succession plans for the time when the recruiting well will eventually run dry.  The rest of the corporate world should take a few notes from the playbooks of these proactive firms.

[bctt tweet=”Companies can insulate themselves from the effects of the retiring baby boomers by establishing an effective succession plan and actively developing their future leaders.” username=”availleadership”]

The Best Five Things You Can Do Now To Prepare

Build the Ark Before The Rain

In the movie Spy Game, Robert Redford’s character asks his secretary “When did Noah build the ark, Gladys?”  He then answers his own question: “Before the rain.”

I often hear about company owners who, planning to retire in the next two years, are prompted to begin to seriously think about succession planning.  Bad news… from the time you begin to implement a leadership and talent development program, it takes at least two years before you begin seeing any real benefits.  It takes about three to four years to build a strong internal pipeline of leadership and top talent.  There is no time to waste.

The impending grey tsunami and owner retirements aren’t the only reasons companies should begin preparing now.  Those are simply some of the things we can forecast.  Other harder-to-predict challenges include senior leaders whose health suddenly fails, or who unexpectedly leave for other reasons.  The key is this: don’t wait for a talent crisis before making leadership and talent development a top strategic priority.