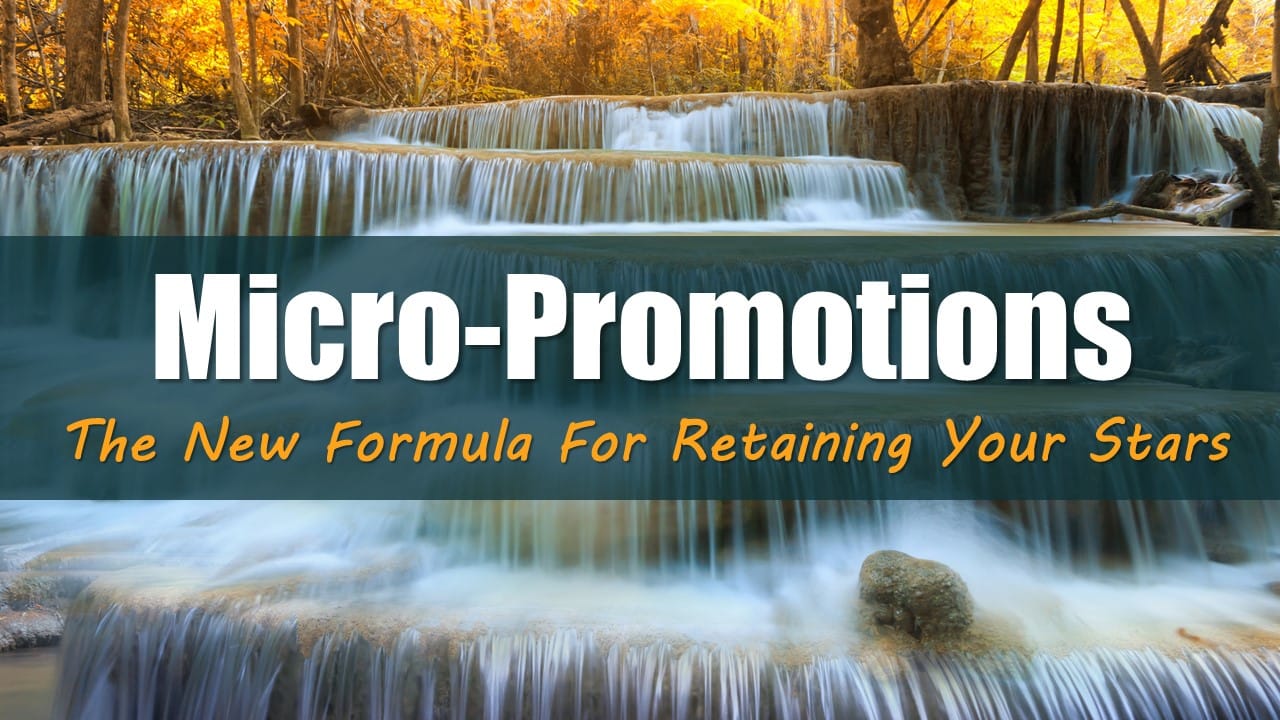 Micro-Promotions: The New Formula For Retaining Your Stars

Have you ever wondered how you can convince your best employees to stick around long enough to be able to include them in your company’s long-term plans?  Do you ever feel like your younger employees have the attention span of a gnat, that they are constantly looking to chase the next shiny object (AKA “job offer”)?  If you can relate, you’re in good company.  Many baby-boomer and Gen-X executives that I speak to feel like their efforts to keep their young talent engaged are about as effective as nailing Jell-O to the wall.

The knee-jerk reaction to millennials well-earned reputation as job-hoppers is to label them as impatient and entitled.  This may be true for some, but for most, their apparent restlessness is rooted in a basic human need.  Like everyone, millennials want to know that their company truly cares about them personally.  And when they don’t ‘feel the love’, they either follow their heart out the door, or worse.  One millennial describes it this way: “Treat me like a number? I’ll return the favor.  This job will quickly become nothing more than my rent payment.”

What Does It Take To Keep Millennials Engaged?

Millennials are now the largest generation in the workforce, and they’re also the least engaged.  That’s a disturbing trend that begs an explanation.  In a large-scale study on millennials, Gallup researchers came to the following conclusion: “Many millennials likely don’t want to switch jobs, but their companies are not giving them compelling reasons to stay.”

Unlike past generations that consistently ranked compensation as their top priority, millennials actually place opportunities to learn and grow ahead of income.  Millennials are essentially saying: “If my company truly cared about me, they would develop me.”

A common criticism of millennials is that they expect advancement opportunities unrealistically soon.  Let’s think about that.

Ask yourself this question: how many times in your career were you stuck doing work that was far below your pay grade?  It probably felt frustrating and demeaning, didn’t it?  It shouldn’t come as a surprise that millennials feel the same way.

Past generations of workers were perhaps more willing to play the “pay your dues” game established by the ‘old boys club.’  Millennials aren’t so willing.  They expect their career to progress based on merit, not seniority.  They expect that once they have mastered one task or responsibility that they will be given more challenging work, instead of waiting for months or years for a new position to open up.

Is this a bad thing?  No, this is a great thing!  Consider how much money your current or previous company was wasting while paying you to do work that could have been done by someone being paid half as much.  Now multiply those wasted salary dollars by every employee in the company that was doing work below their pay grade.  Millennials so-called impatience is shining a light on the massive amount of money that companies are throwing away by failing to pass meaningful work to less senior but highly capable employees.

Next question: is this an impossible ask by millennials?  That depends on how willing your company is to fit jobs to people rather than the other way around.

[bctt tweet=”Millennials are essentially saying: If my company truly cared about me, they would develop me.” via=”no”]

Think Outside The Box

HR departments often expend an unwarranted amount of time bundling work into static boxes called “job descriptions.”  This practice is a relic from a bygone age when business moved much more slowly and job responsibilities rarely changed.  The reality today is that jobs tend to morph quickly and organically rather than by design.

See if any of these scenarios sound familiar.

The examples described above happen all too often in business today.

Here’s how it works when you fit jobs to people: 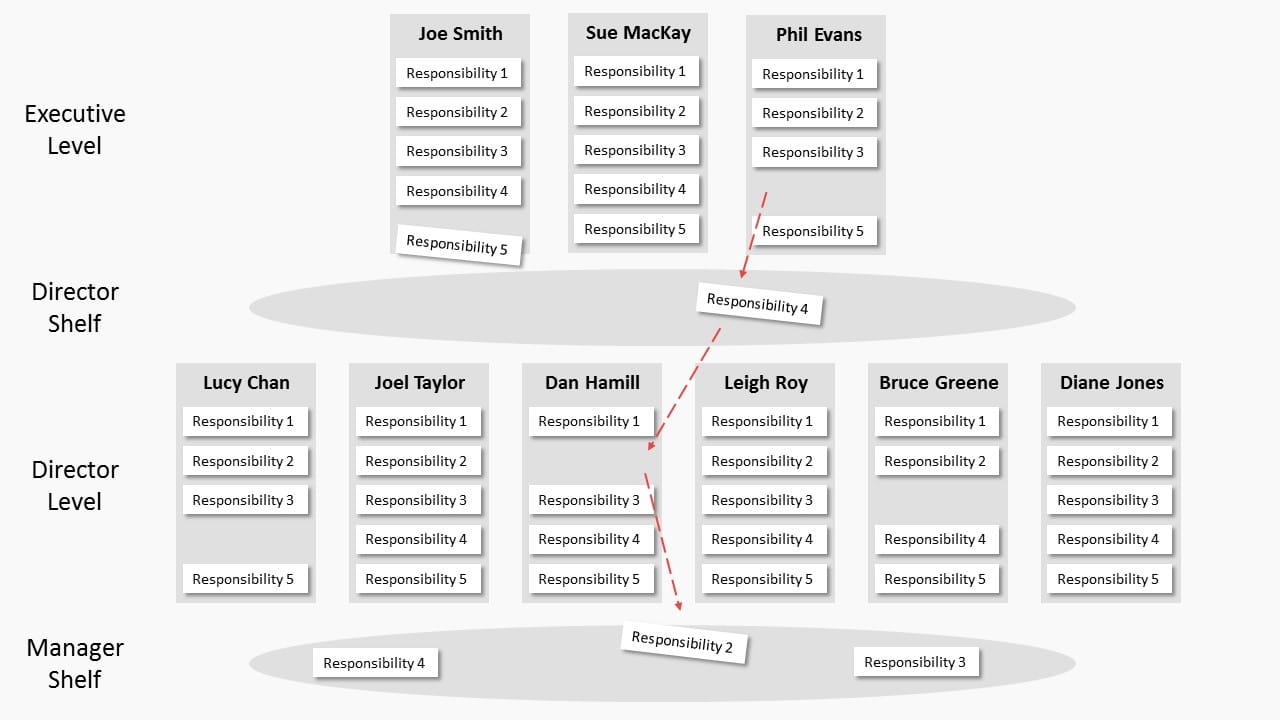 Benefits Of Thinking Outside The Box

Why not implement a system that acknowledges the reality of fluid job responsibilities and enables these responsibilities to be owned by the people who will most benefit from doing them?  Here’s why you should:

[bctt tweet=”Truckloads of salary dollars will be saved as work is passed down to less senior, highly capable people.” via=”no”]

Do you want to see how this could work in your organization?  Let’s talk.